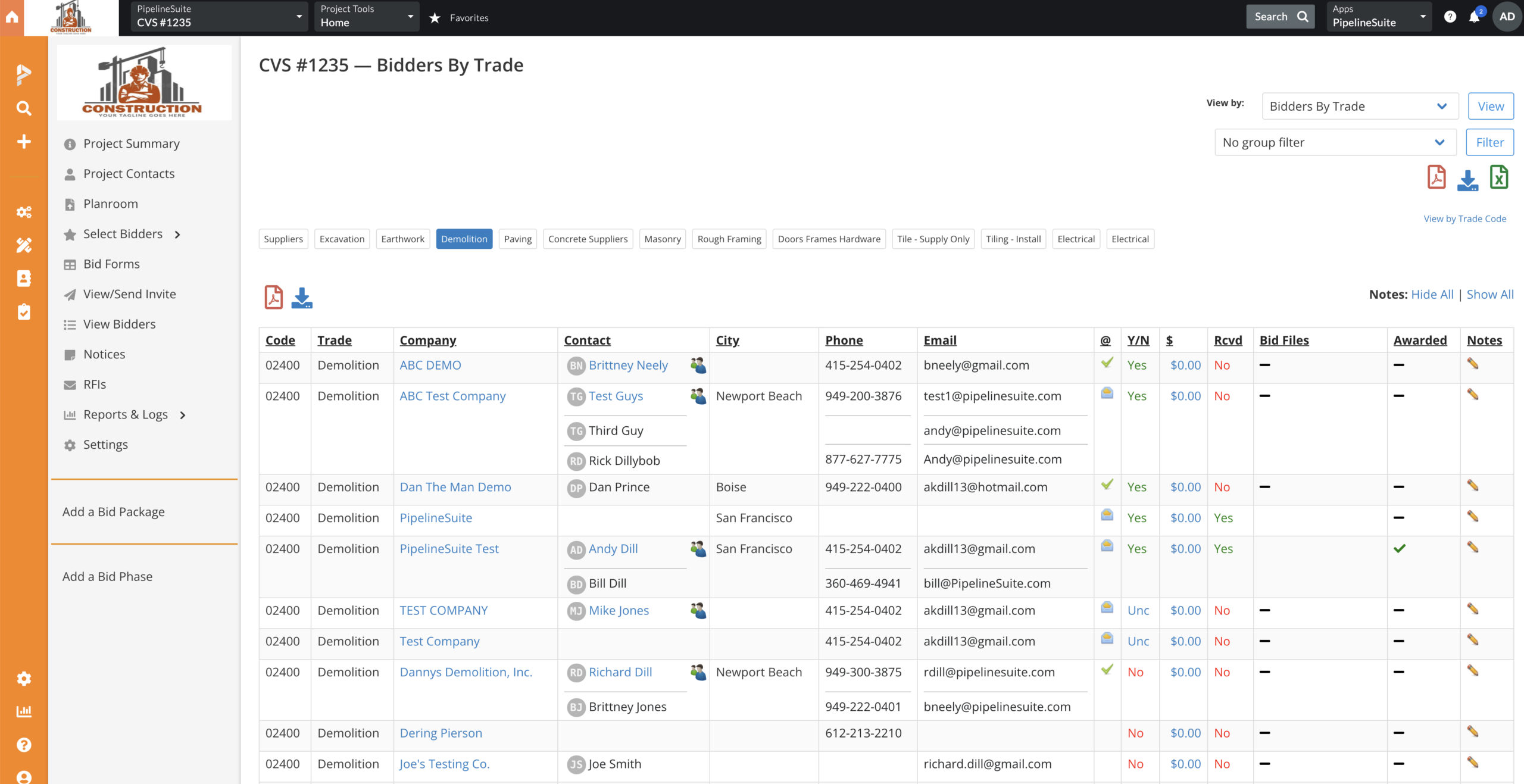 Increasing visibility across departments is an increasingly important task. Now with PipelineSuite’s App in Procore, your PMs can easily reference anything that happened during the bidding process, while logged into Procore.

If you’re in a project in Procore, just click on the PipelineSuite App in the Procore Marketplace and it will automatically pull up that project from PipelineSuite.

Say you need to re-bid a specific trade, quickly upload new documents, add a notice and send a request to bid for only one trade.

If an awarded subcontractor claims that they never received an addendum, pull up the addendum email log to prove that they not only received the update but opened it and downloaded the documents.

With PipelineSuite’s prequal module, you can keep your sub contact data up-to-date much easier than in Procore. AND with the click of a button sync over contacts/vendors so you have the most recent contact info.

If you are lacking coverage in a trade, PipelineSuite has a directory of hundreds of thousands of subs and suppliers you can import as well. If you award any of those new vendors, PipelineSuite will create those new companies directly into Procore WITH their bid.

In today’s day and age, keeping everyone on the same page is vital to the success of a project. Being able to quickly communicate between departments and reference anything from the bidding process with a few clicks will be a game-changer.

Reach out to our team today to learn more about how we can help your company!